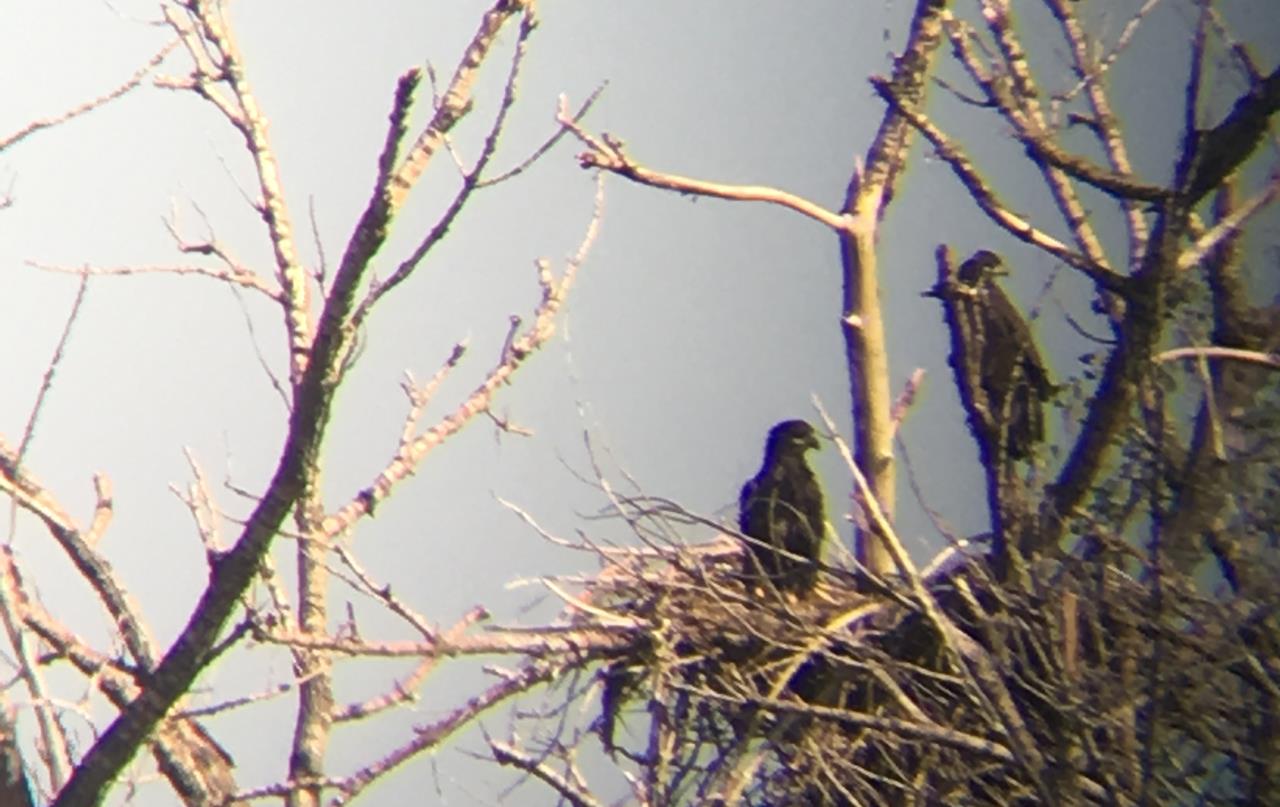 The two babies born in spring 2017 to one of the bald eagle pairs nesting in Sandstone Ranch are growing quickly. The young eagles won't get their white plumage until around age 5. Learn more about how these young eagles will grow and what happens once they leave the nest >

The video below shows the two bald eagle babies poking their heads out of the nest earlier in the year. The eaglets fledged, or began flying out of the nest on their own, in July 2017. (Like human teenagers, the fledged young eagles relied on their parents for food and protection for several more weeks as they learned to hunt on their own.)

Resilient St. Vrain project work in this area was on hold for several months to be sensitive to the eagle family. Once the eagles fledged, the project received the go-ahead to resume active construction from Colorado Parks & Wildlife, which helps us monitor potential wildlife impacts to the area. Construction resumed in August 2017 and is on track for a spring 2018 greenway trail reopening.