Before & After: Main Street to Left Hand Creek

Winter can be a quiet time on a construction site, especially when snow and freezing temperatures are in the forecast. We thought we'd take this time to look back at some of the progress in the City Reach area of Resilient St. Vrain between Left Hand Creek and Main Street.

Watch for a future post featuring photos from the Sandstone Ranch Reach.

Let's start by looking west from the Martin Street Bridge toward Main Street. First up is a look back at the devastation through the area during the 2013 flooding. (The Harvest Junction North shopping center is at the left in these next few photos.) 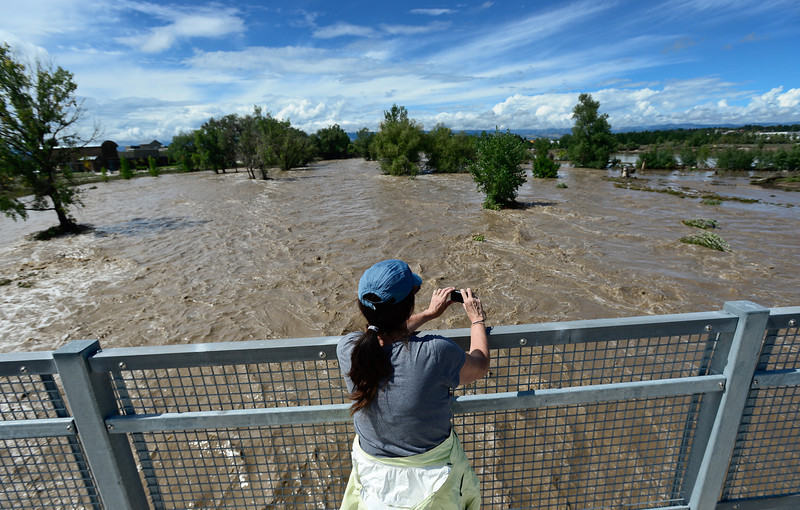 Next is a photo of that same area before construction work began to rebuild and widen the creek channel, which began in early 2017. Notice the sediment that had settled and significantly narrowed the creek channel. 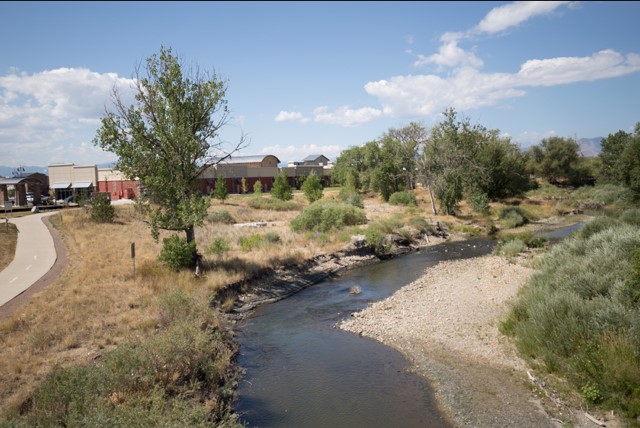 As crews began widening the creek channel, a temporary creek diversion made it challenging at first to envision how the final area would look. This next photo is from spring 2017 (after the existing pedestrian bridges had been removed), followed by pictures from December 2017 and January 2018. The bones of the area are now complete, with rock drops helping to define the low-flow creek channel and ensuring fish can safely pass up and downstream through the area.

Seeding and planting of plants, shrubs and trees, planned for spring 2018, will add interest to the area and ensure various types of wildlife have areas to live and migrate along the corridor. 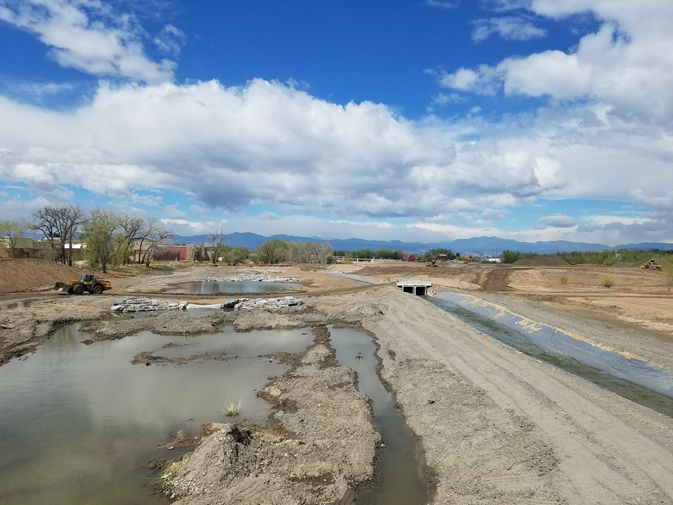 Next up are views from the Main Street Bridge. (The Harvest Junction North shopping center is at the right side of these photos.) The first picture gives an idea of how the drop areas work like small waterfalls, keeping the water moving downstream while also slowing its pace in times of heavier runoff. Two of three pedestrian bridges are also visible in the photo. The open area at the left side of the photo will be home to Dickens Farm Nature Area, which is scheduled to begin construction later this year. 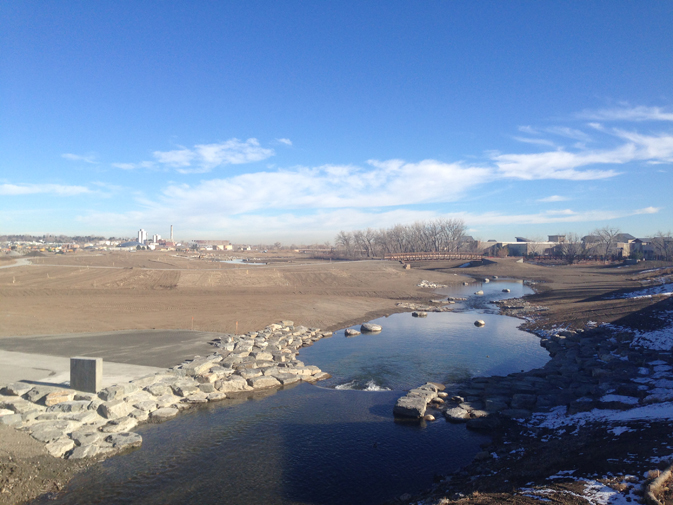 This next photo highlights some of the fresh new trail that has been poured as part of the restored St. Vrain Greenway through this area. Read more about the trail building process in this blog post. This portion of the St. Vrain Greenway is anticipated to open in spring 2018. (Make sure you are signed up for project updates so you are among the first to hear when the trail is ready for riding.) 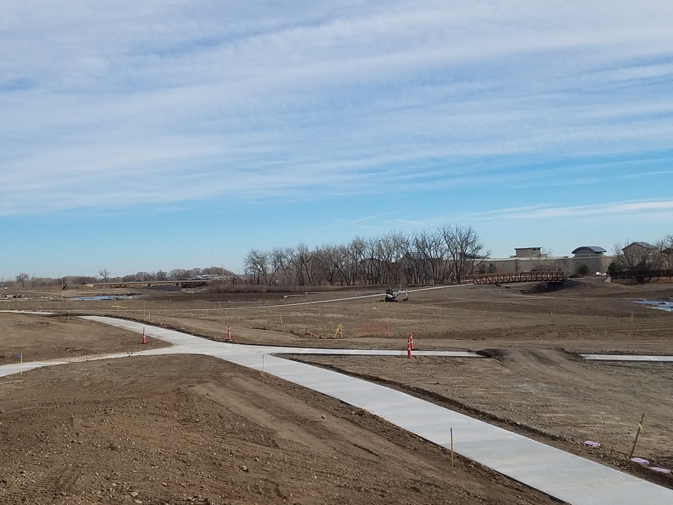 Looking from Martin Street to the east

Finally, let's take a look at the work from Martin Street east to where Left Hand Creek joins with St. Vrain Creek. (In engineering terms, that's known as the confluence of the two creeks.) The first picture was taken in early spring 2017 when work in this section was just beginning. The black lining in this photo was put down to safely transport the creek's flow while it was diverted out of the main channel so earth moving and other construction could take place. 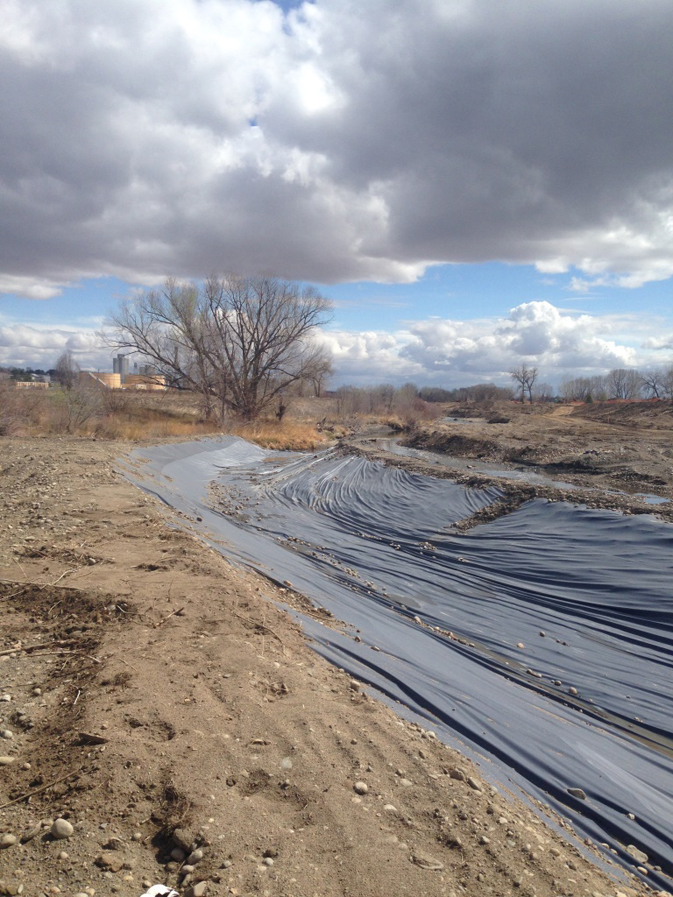 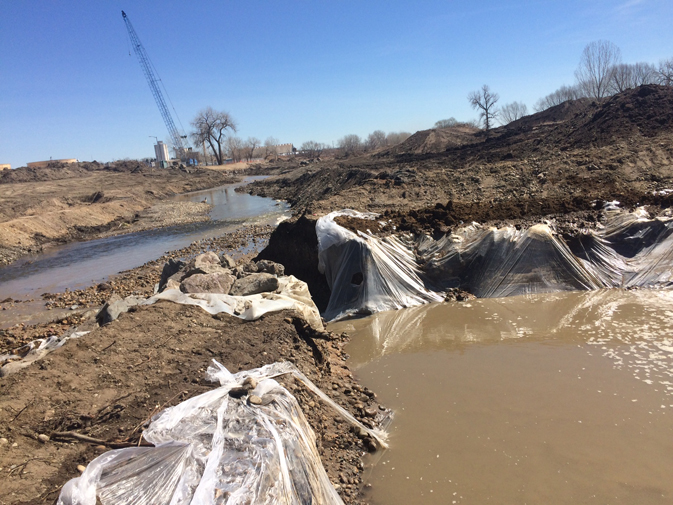 Check out the change to this section by December! That concrete trail running through the bottom half of the photo is part of the St. Vrain Greenway that will once again connect to the Left Hand Greenway after the route is reopened in the spring.