This blog shares ways to help you make sure you're doing all you can to keep more out of the landfill and put those items to good use through recycling and composting. From checking out new items accepted for recycling to learning what's the best way to remove food residue before tossing that peanut butter jar, we'll share monthly tips and tricks to help you. Follow along as we help you become a waste wizard!

A Day in the Life of a Trash Collector

No matter the weather, your household trash always leaves the curb. 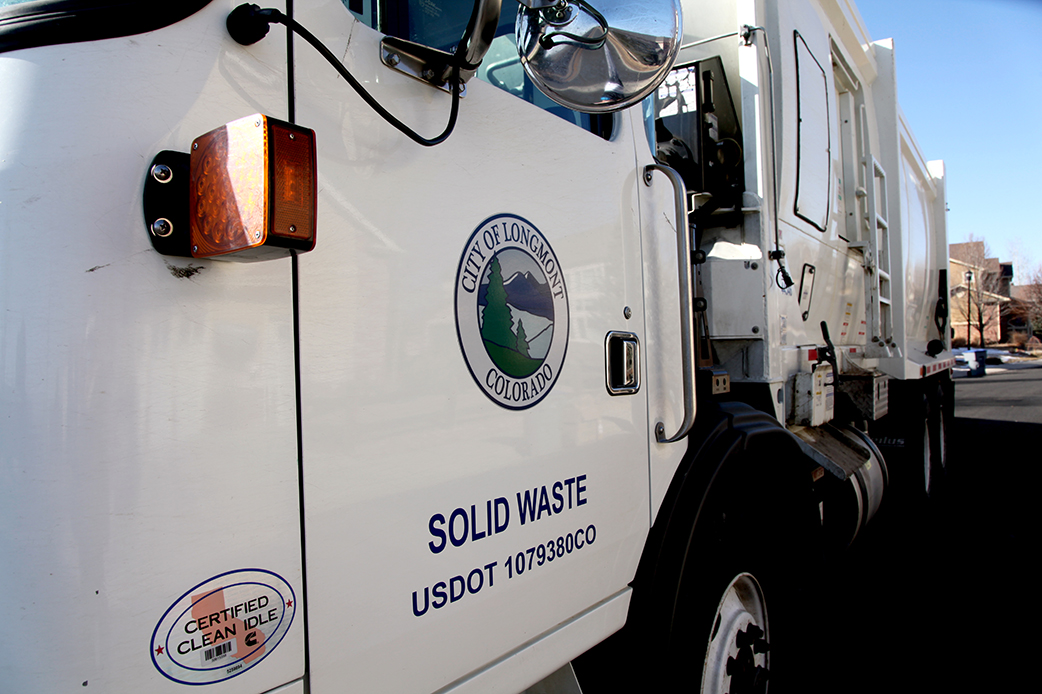 Public Works Technician Chad Cookson has been driving a City of Longmont trash truck for eight years. He works four 10-hour days each week, beginning with team meetings at 6:30 a.m. After that, Cookson performs a commercial vehicle inspection and related documentation before he drives his truck onto city streets. 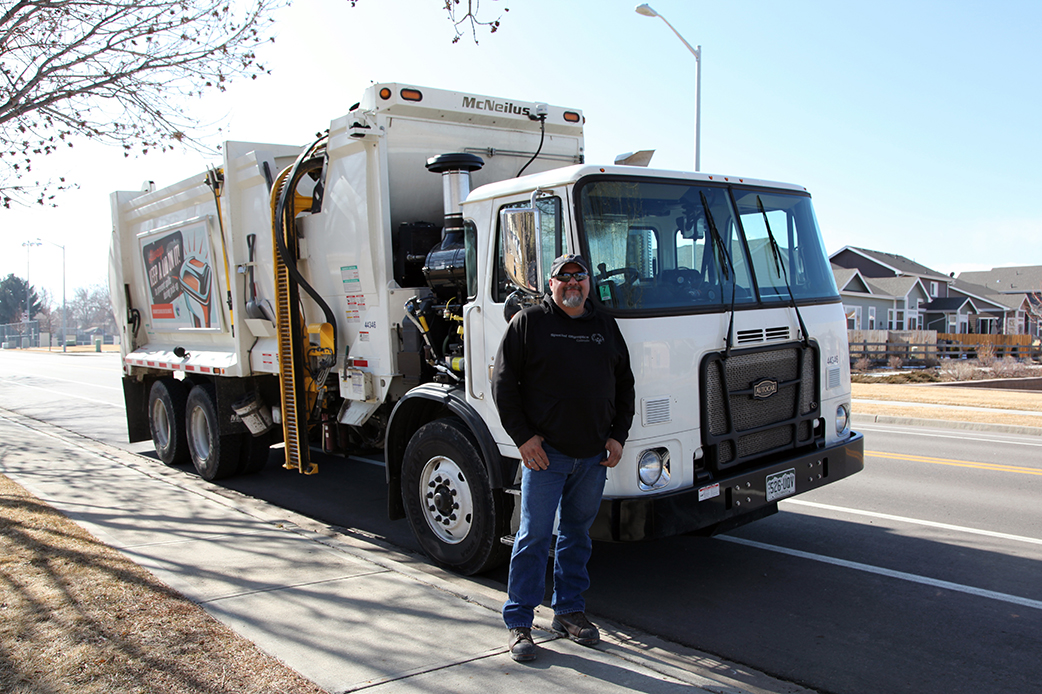 “You can get bored when you’re in a vehicle by yourself all day,” Cookson said. “But I get into a rhythm, listen to the radio."

Cookson’s trash truck, like all other waste services trucks currently collecting along City routes, is equipped with an automated arm. Cookson uses it to pick up approximately 1,000 trash carts each day. The automated collection, though, is not without challenges.

“If cars are parked too far out on the street or the carts are placed too close together, the truck’s collection arm can’t grab the container,” he explained. It’s best if residents place their carts with a full cart-width between them, and that same distance away from vehicles or fences.

Chad’s collection time averages about eight seconds per cart, but when the automated arm can’t reach the carts, he has to leave his truck and move the carts by hand. This adds on to his collection time and can make for extra-long days.

Another recommendation from Cookson is for residents to always put their carts out before 7 a.m. This goes not only for trash carts, but for recycling and composting carts as well. If residents are late bringing out carts, or forget entirely, Cookson and his teammates perform “callbacks” to pick up missed carts. Callbacks cost both time and money.

“These trucks only get about three miles per gallon, so going across town for one or two carts is expensive,” he said. 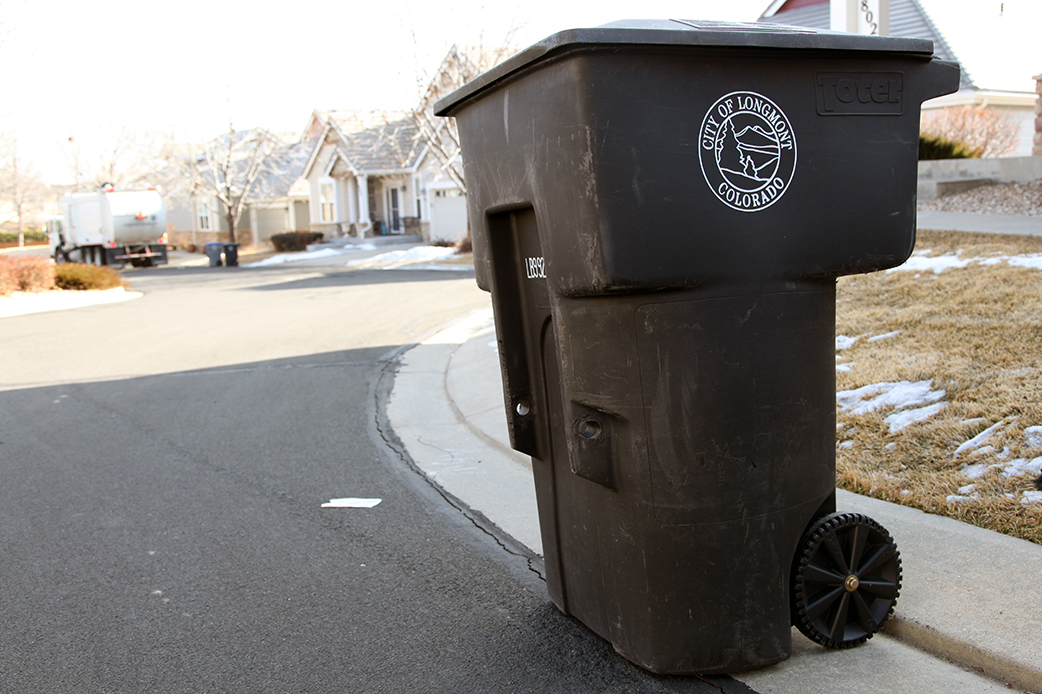 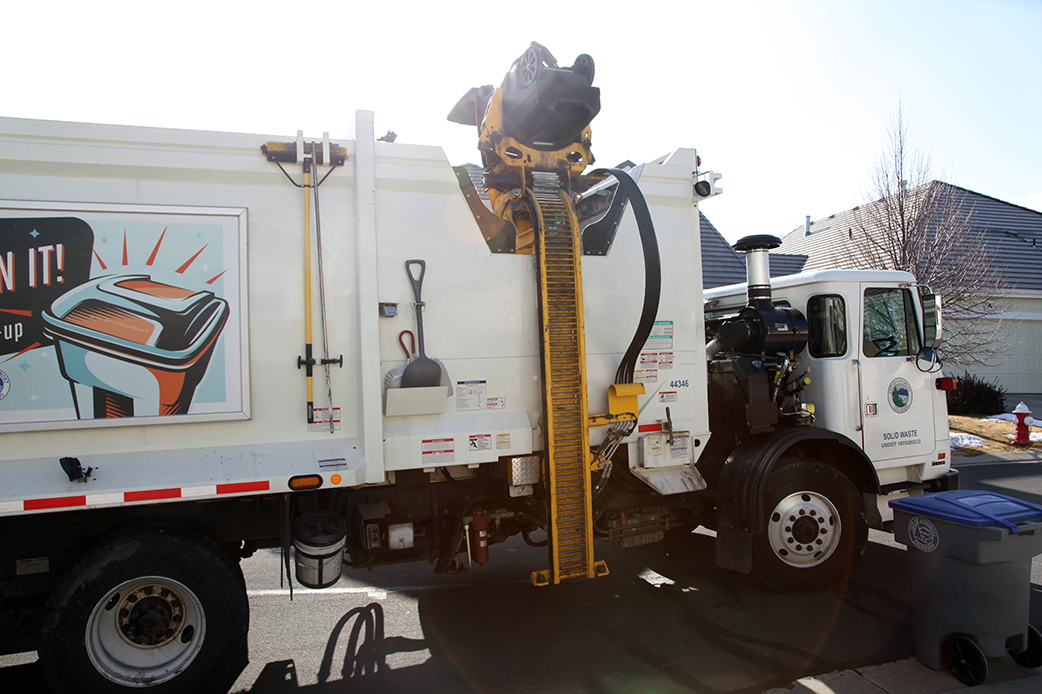 Cookson also urges residents to be diligent about what they are putting in the trash. On average, at least 25 percent of the contents of a typical trash cart could be recycled or composted instead. Use recycling and composting services when appropriate, Cookson said, but also be wary of how certain materials are disposed of.

“My biggest complaints are containers over-stuffed with grass or with Styrofoam stuck in the bottom, because when it’s jammed in the container it doesn’t come out when we tip it,” Cookson explained.

Wind is another major challenge in the waste collection industry. On windy days, Chad and the other drivers have to leave their trucks more often to gather items that have blown away or carts that have tipped over. Cookson’s tip: Residents can help by turning their cart with the handle facing toward the wind, which reduces the chance of the wind blowing the lid open and allowing materials to escape. 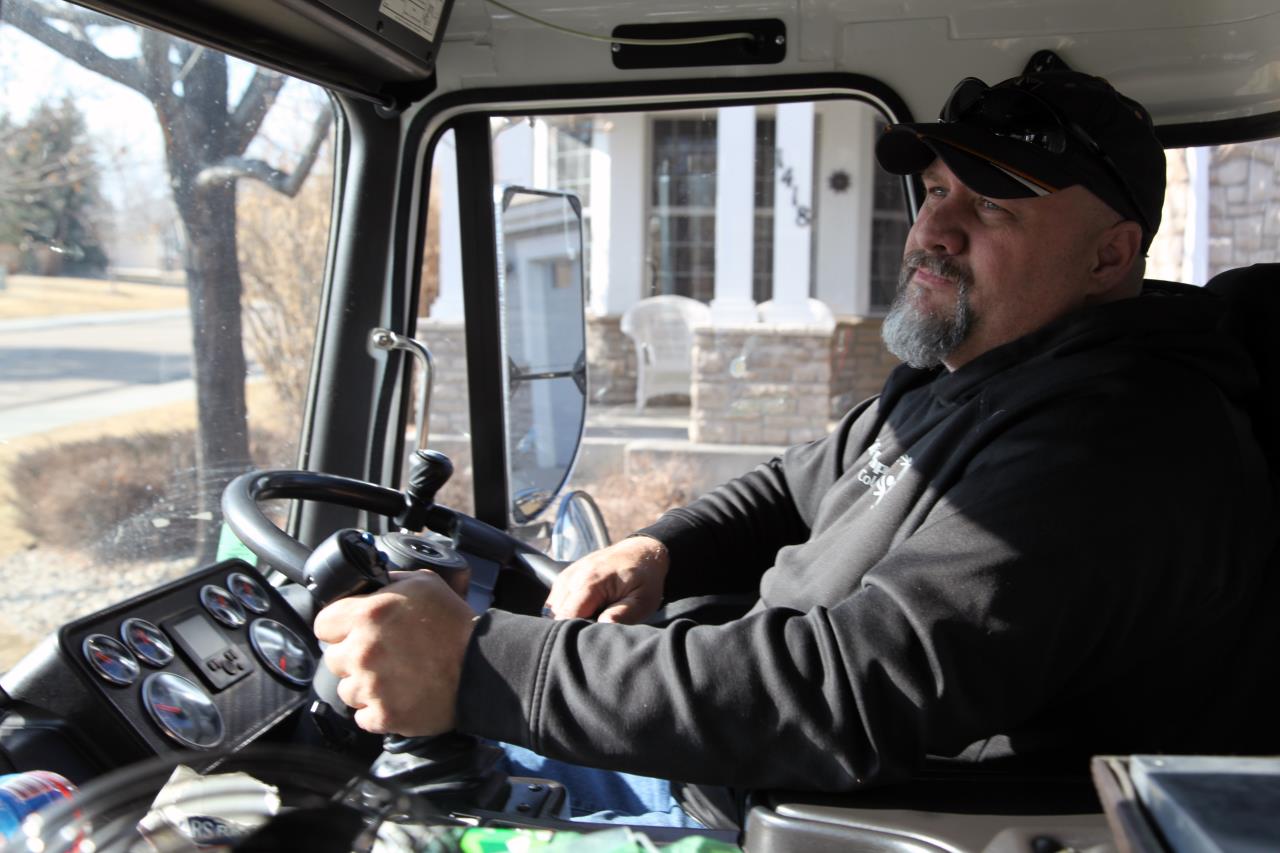 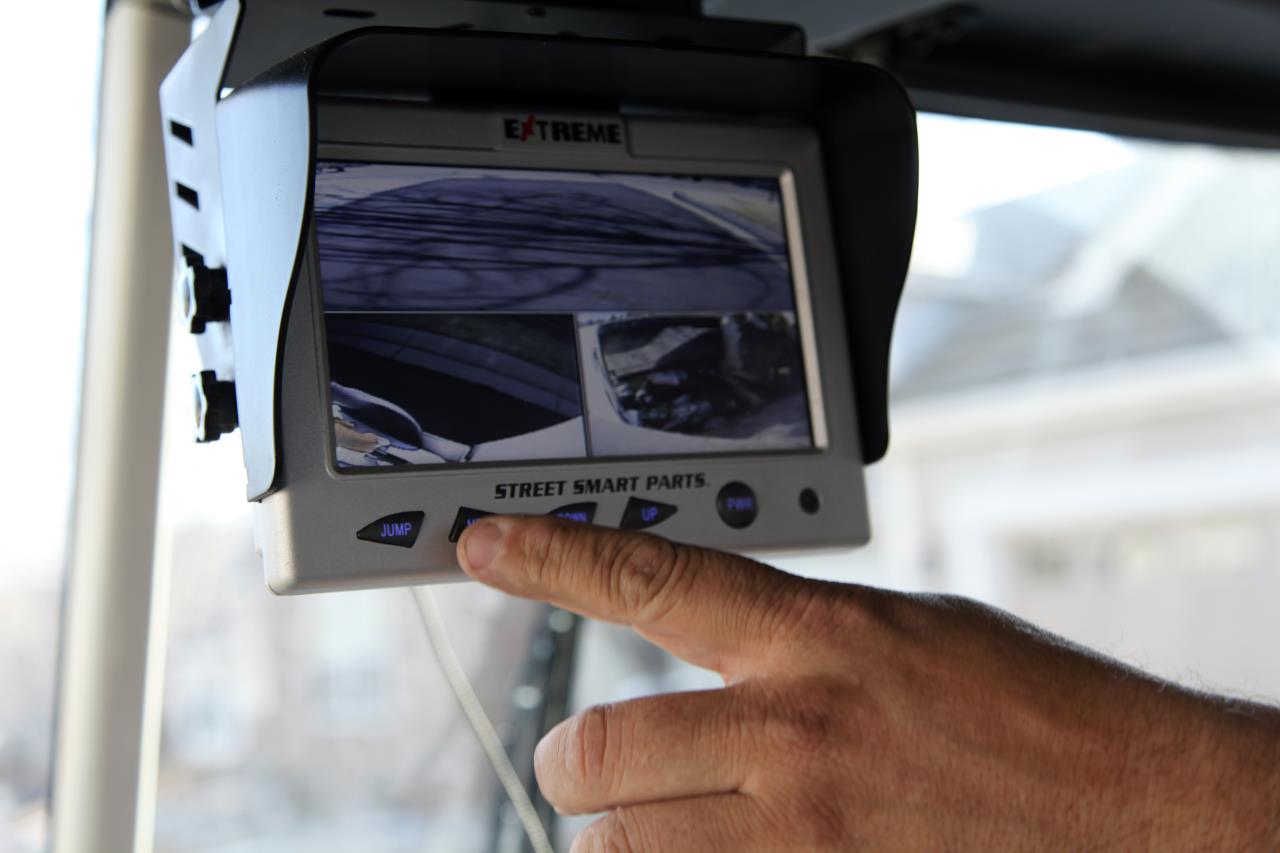 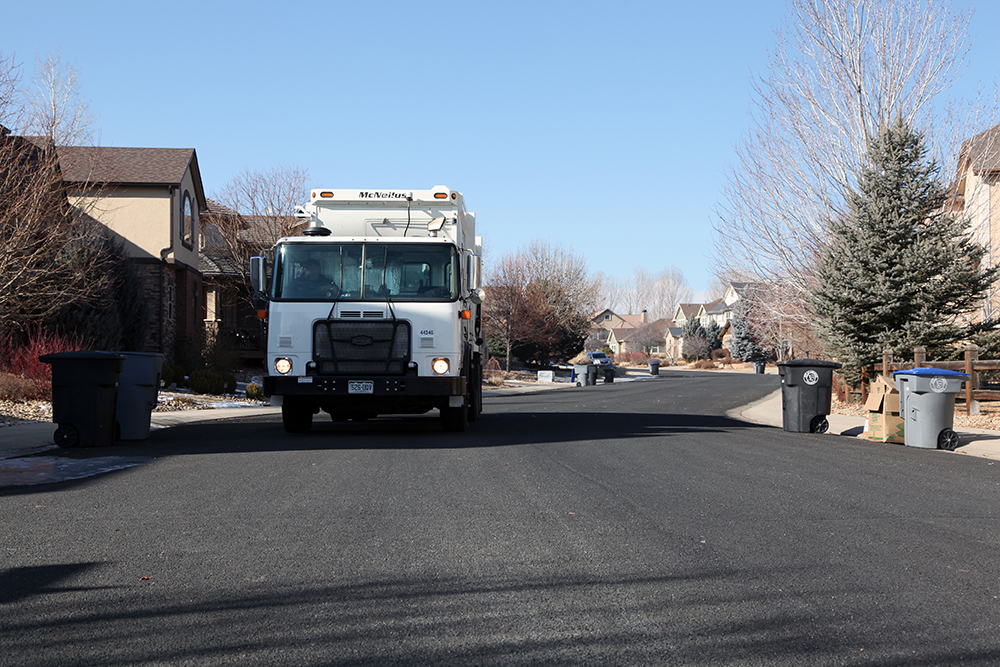 Cookson drives to the Front Range Landfill in Erie to empty his truck two to three times each day. Every load he takes there averages approximately 10 tons. 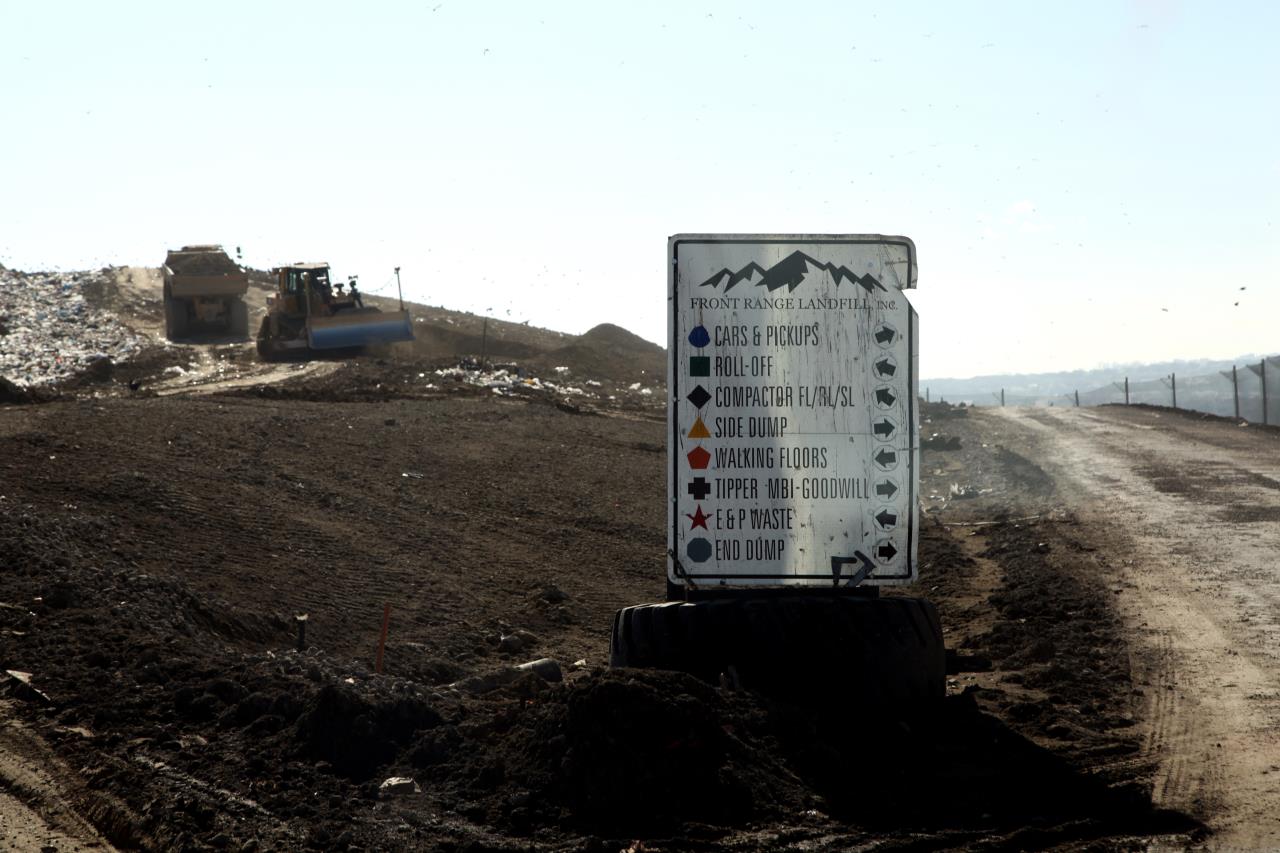 This particular landfill receives over one million tons of material each year, about 30,000 tons of which come from Longmont. Unfortunately, much of what ends up here could have easily been recycled or composted.

Chad takes pride in the work he does to keep our community clean and help reduce the impact on our environment.

“I think the most rewarding part for me is helping people,” Chad said. “Waste services are a necessity, but we’re also bettering people’s lives… even if they don’t realize it.” 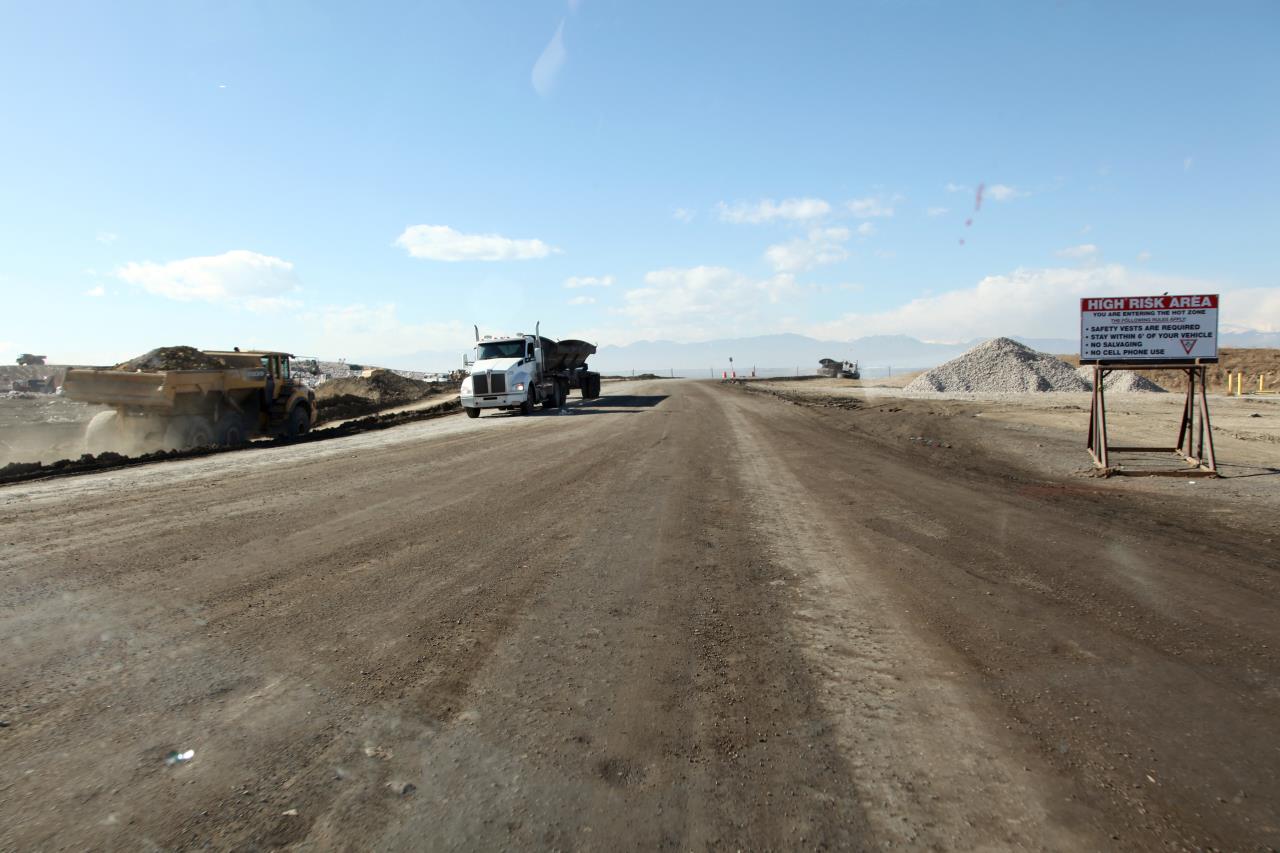 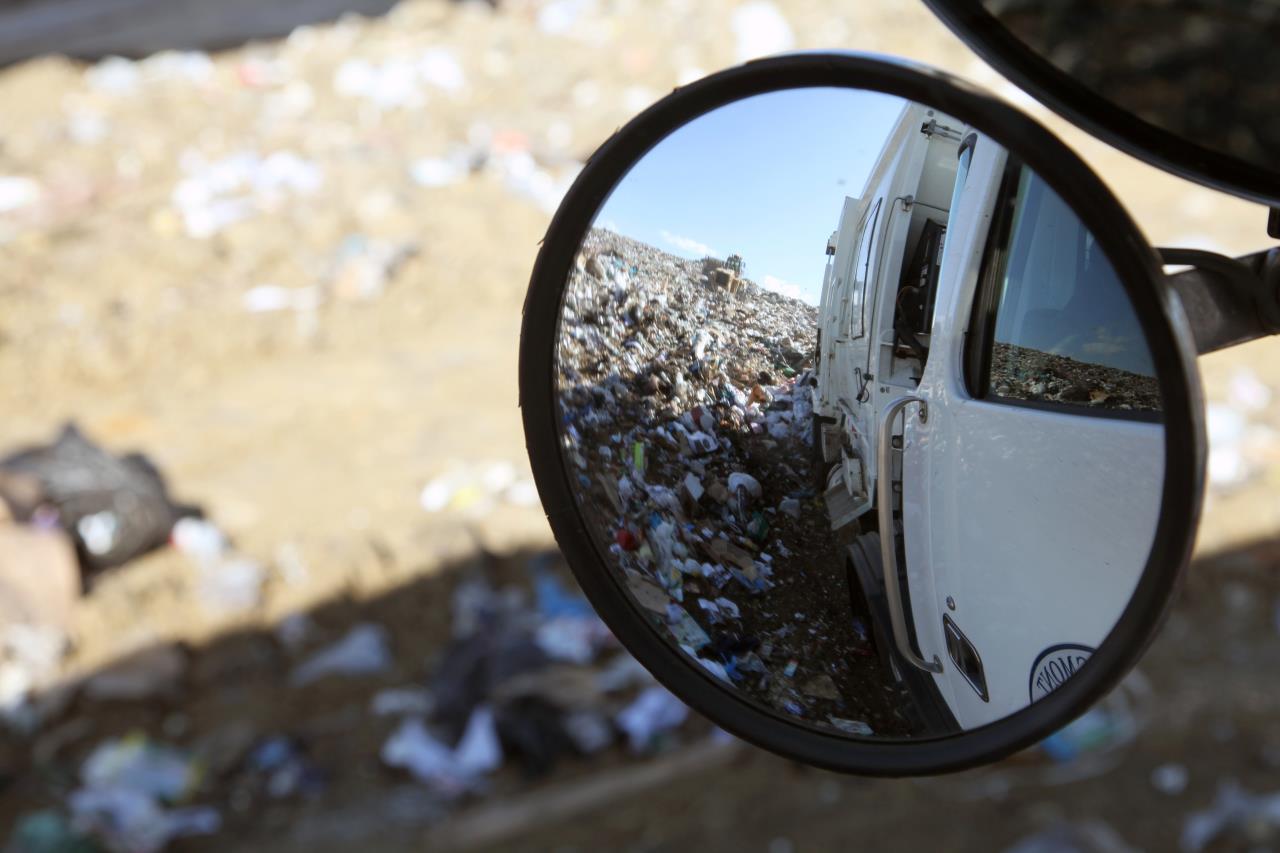 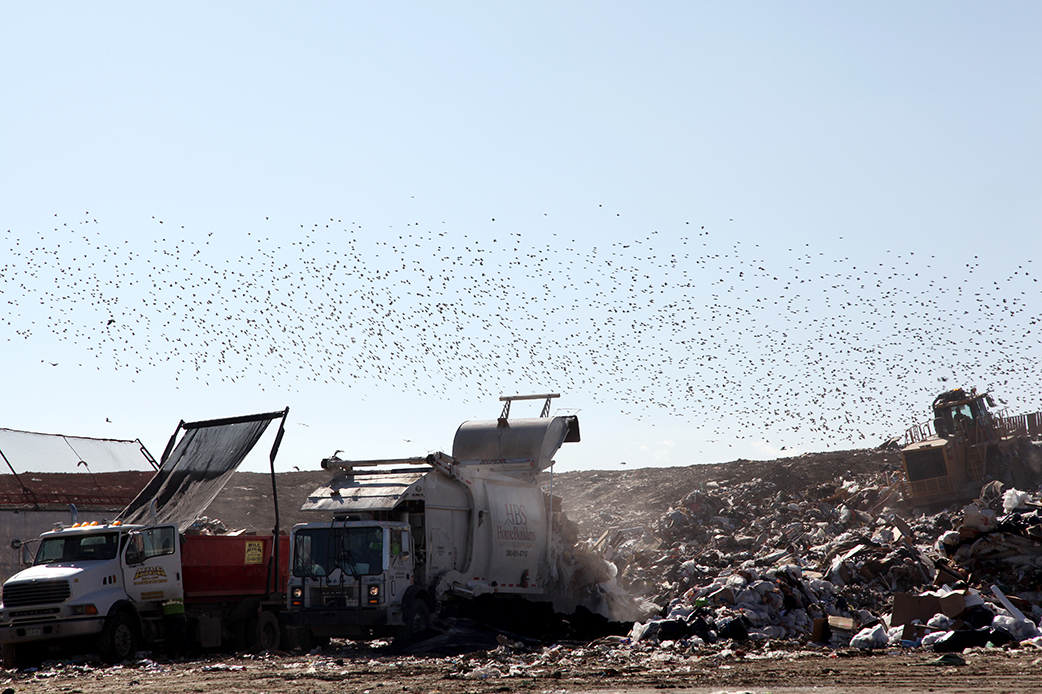 Learn more about how to most effectively use the City’s waste services offerings, and find information on what goes into which container at LongmontColorado.gov/wasteservices.