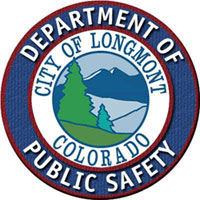 At 6:12 pm on July 18 officers were dispatched to the 2200 block of Jewel Street for a suspicious situation. The adult female resident at a house in that location arrived home and after a cursory search could not locate her 80 year-old husband. The female saw blood on the carpet so she called police.

Officers’ investigation led them to a storage facility in the east central part of Longmont where they located an unoccupied pickup truck. They learned this pickup was the one stolen from Jewel Street. They learned the person who drove the pickup was in a storage unit at East Point Mini Storage. Based on the nature of this call, SWAT was called to assist in contacting him.

SWAT was able to arrest the suspect without incident at 9:30 pm on July 18. The suspect, Isaiah Ismael Rios (29) was brought to the Longmont Police Department. Rios was charged with burglary, auto theft and murder in the Jewel Street incident. He was also charged in two additional burglary investigations.

The investigation continues into this case. All suspects are considered innocent until proven guilty beyond a reasonable doubt in a court of law.

No booking photo will be released at this time due to the ongoing investigation.