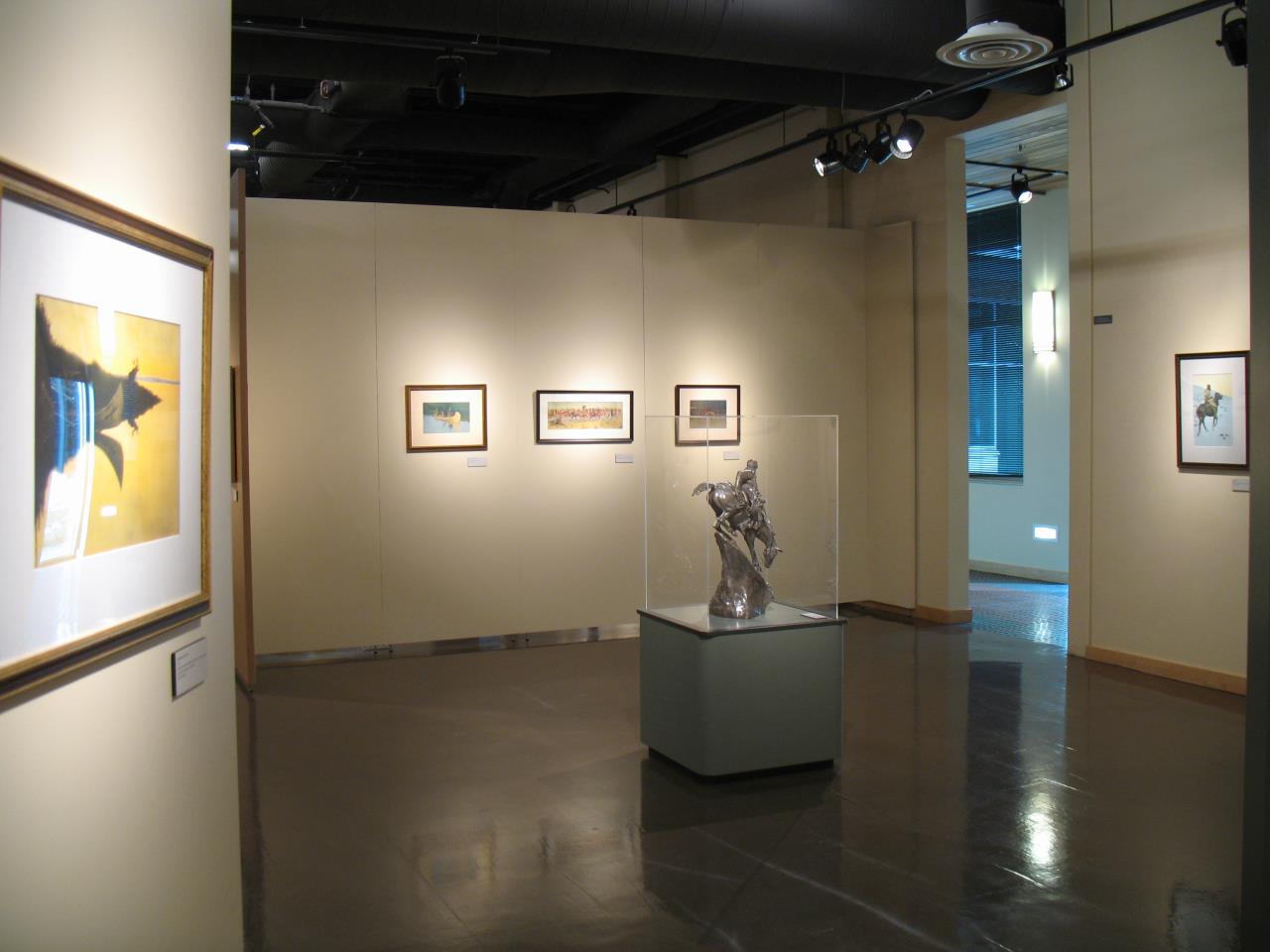 The Buffalo Bill Center of the West in Cody, Wyoming, is one of the great museums of the West. Its holdings include some of the finest works of art by two of the most recognized Western artists: Frederic Remington and Charles M. Russell.

The Longmont Museum is fortunate to collaborate with the Buffalo Bill Center of the West to present a remarkable collection of original oils, bronzes, watercolors, and drawings, as well as handwritten illustrated letters and photographs. These works are top-quality original artwork from two outstanding artists.

Frederic Remington popularized the West.  Engravings based upon his art helped to establish the view of the American West.  Despite his fame as a Western artist, he lived and worked in New York, taking periodic trips to the West for inspiration.

Charles M. Russell lived and worked in the West from an early age. He spent a year living with a branch of the Blackfeet nation and worked as a cowboy on Montana ranches before becoming a full-time artist in his late twenties.

Frederic Remington and Charles Russell: Masterworks from the Buffalo Bill Center of the West, will be on exhibit at the Longmont Museum from November 22, 2014 to April 19, 2015.

Exhibition admission: $8 adults, $5 students/seniors (62+), free for ages three and under