This park is funded in part by a donation from the Somerset Meadows developer in exchange for expediting the park development schedule.

Neighborhood parks typically include a parking lot, a restroom, shelters, playgrounds and open turf areas. There are unique opportunities for each park site, however, so we solicited public ideas on what should be included in the master plan for this park.

Neighborhood residents and the public were invited to take part through public meetings, a survey on potential design concepts and suggestions for park names. Parks & Recreation Advisory Board and City Council presentations were scheduled following the last public meeting.

After incorporating input from the public meeting series, online survey and resident feedback, the proposed master plan shown below was created. Click the image to open a PDF version of the master plan that can be enlarged or downloaded. 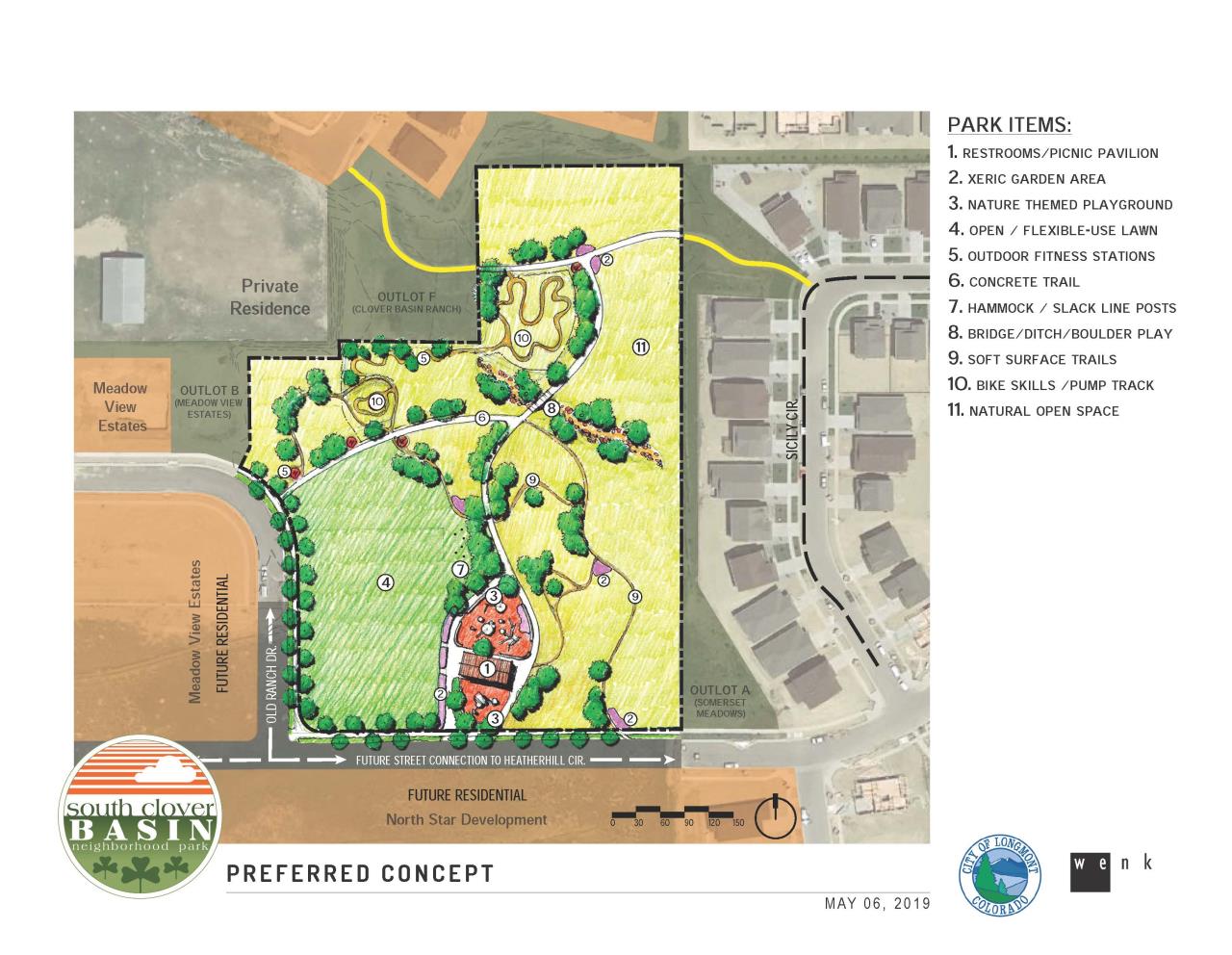 The "South Clover Basin" Neighborhood Park name is a working name. City Council will make the final decision on the name after reviewing submitted name suggestions from an online public survey (now closed).

Design of construction drawings is underway.

Estimated construction start is fall 2020 with completion in late spring 2021.


Free viewers are required for some of the attached documents.
They can be downloaded by clicking on the icons below.