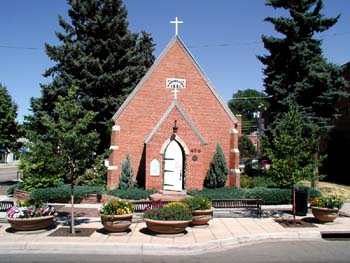 The historic landmarks of Longmont represent the social and economic changes all communities experience as development occurs. While one period does not abruptly end and another begins, the architecture styles and the historical associations are shown throughout Longmont.

The Chicago-Colorado Colony began in 1870 when William Byers, the owner of the Daily Rocky Mountain News, traveled to Illinois to repopulate the Colorado Territory, an area severely hit by the gold and silver bust in the late 1860s. He extolled the territory's other virtues, agriculture, new business opportunities, breathtaking scenery and an ideal climate. His sales pitch worked; the Chicago-Colorado Colony was quickly founded, funded and a townsite was planned.

The only thing the Colony was missing was land to place their town. Seth Terry was dispatched by the Colony founders to find a suitable location. Terry scoured the Front Range before selecting a square mile on a bluff overlooking the town of Burlington and looking up at the vista of Long's Peak (hence the name Longmont). With the town planned and the site selected, 500 colonists purchased their parcels and headed west. Due to the foresight of planning and platting the town, the settlers were able to concentrate on construction and quickly Longmont became a town. 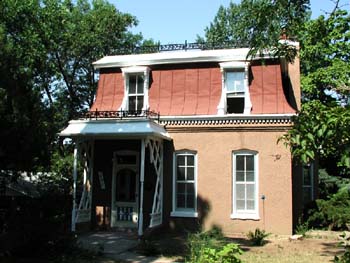 The Colony was one of the few successful colonization experiments (Greeley, Colorado being the other notable one) in Colorado. The success of the town was due to the organization and funding by the original members. Some of the major contributors never made it to Longmont, but their contributions enabled the settlers to embark on large-scale improvement such as irrigation projects and water systems, which could not be accomplished by individuals.

As the Colony was funded partly by land purchases, initial development, except in the central business district, was scattered throughout the townsite. Many colonists bought more than one lot -- some purchased entire blocks -- and built their homes on one lot, then began selling off the remaining parcels to new arrivals or family members. Therefore, there is no specific area which can be identified as the "Colony" district; the oldest buildings are interspersed among newer, architectural different structures. Even the downtown is not "Colony" as the 1879 fire destroyed most of the woodframe business structures and had to be rebuilt.

Some examples of historic architectural styles throughout Longmont are provided below along with a link to locally designated structures displaying that style. 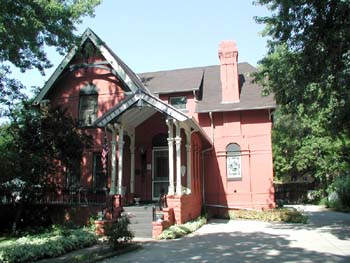 We would like to thank the Colorado Historical Society for their generosity in allowing the City of Longmont to use their descriptions to enhance our website.