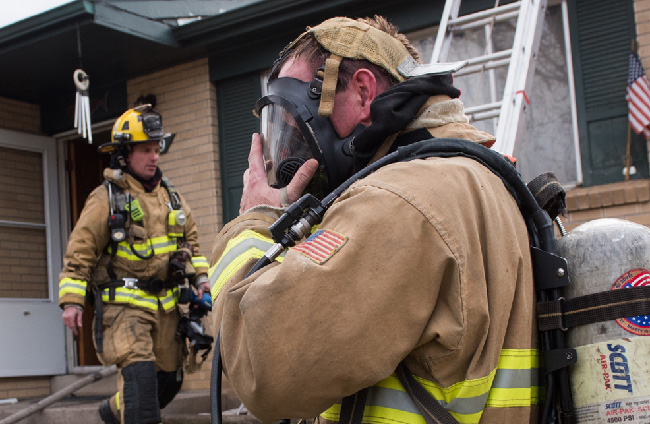 Fire Operations consists of 81 professional firefighters and 18 ambulance personnel you see every day, staffing the fire stations 24/7, prepared and ready to respond to calls for service. Personnel are divided up between three shifts called Battalions. Each Battalion is supervised by an Assistant Chief who serves as the Incident Commander on multiple unit responses.

There are six strategically placed fire stations designed to provide resources ready to respond immediately, when you call 9-1-1. Each station houses an engine company with a Lieutenant (supervisor), an engineer (driver) and one or two firefighters. Three of the six fire stations also house an ambulance and staff provided by American Medical Response (AMR). All personnel are Emergency Medical Technicians (EMTs) and five of the seven fire apparatus have at least one member who is a paramedic. Each engine carry's between 500-1000 gallons of water and has a variety of specialized equipment designed to assist with all types of emergencies, rescues, and hazardous situations. The operational resources are divided up and located throughout the city for efficient and effective service delivery:

For more information about the Longmont Fire Services Operations, please email or call (303) 651-8437.