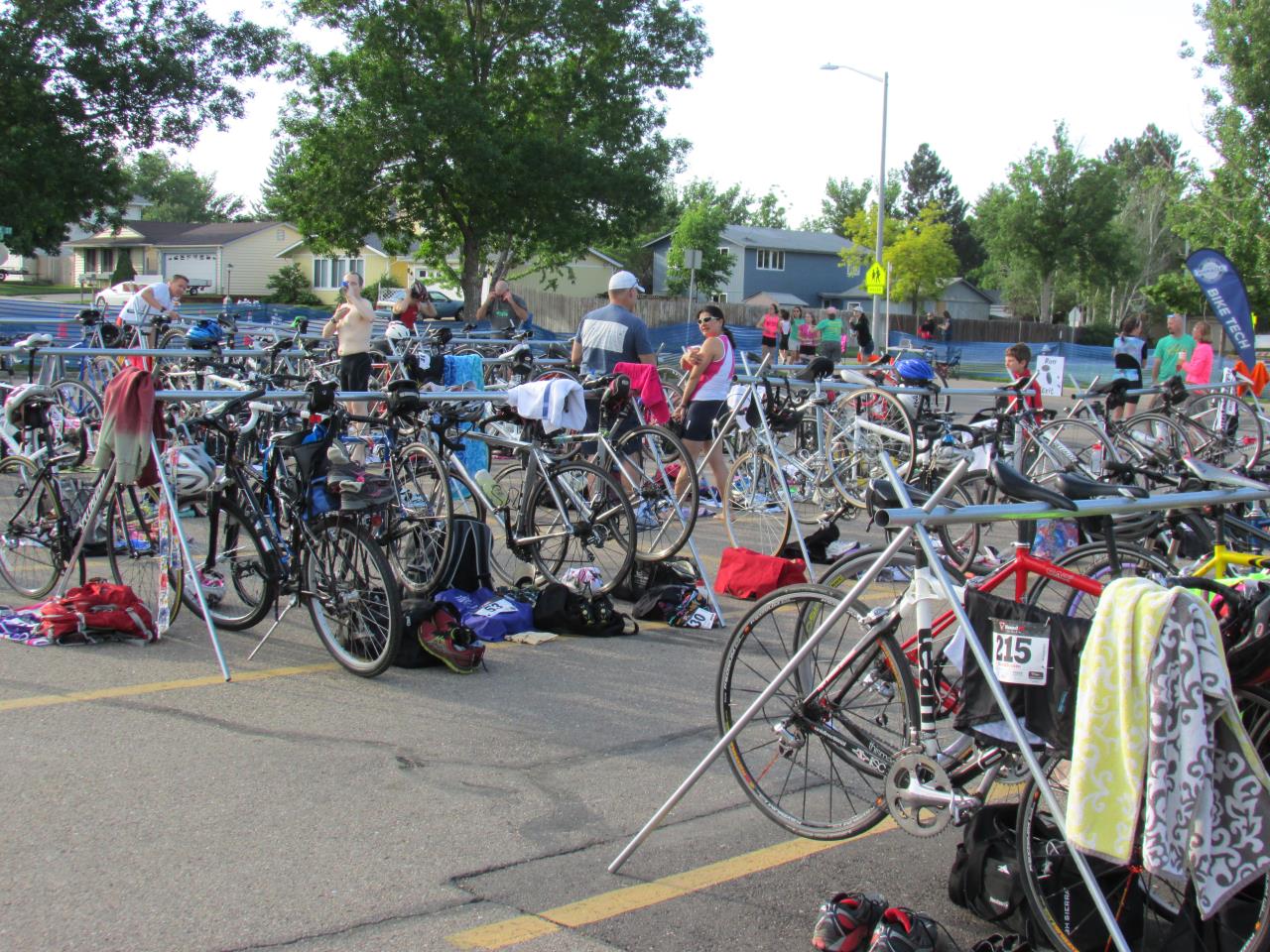 Visit the patio at Centennial Pool to pick up your bib number and race swag. Remember to register early for best size options.

Estimated Start Time (based on estimated swim times)
Posted online by 3pm on Friday, May 31
Order: Slowest to fastest swim times; first heat at 7am.

Available at Clark-Centennial Park and Skyline High School. Please be careful when entering/exiting parking areas as bikers may be on the course. 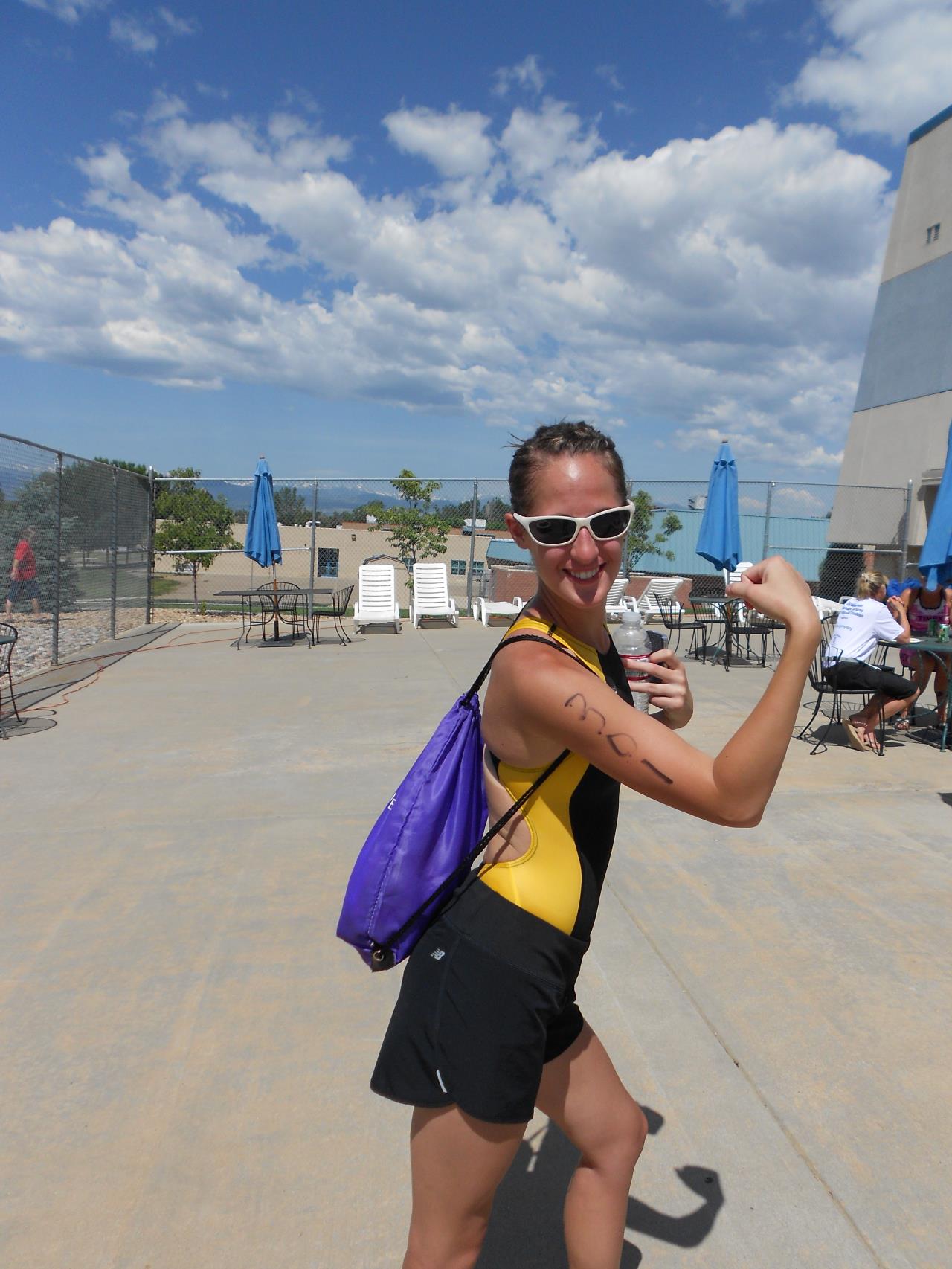 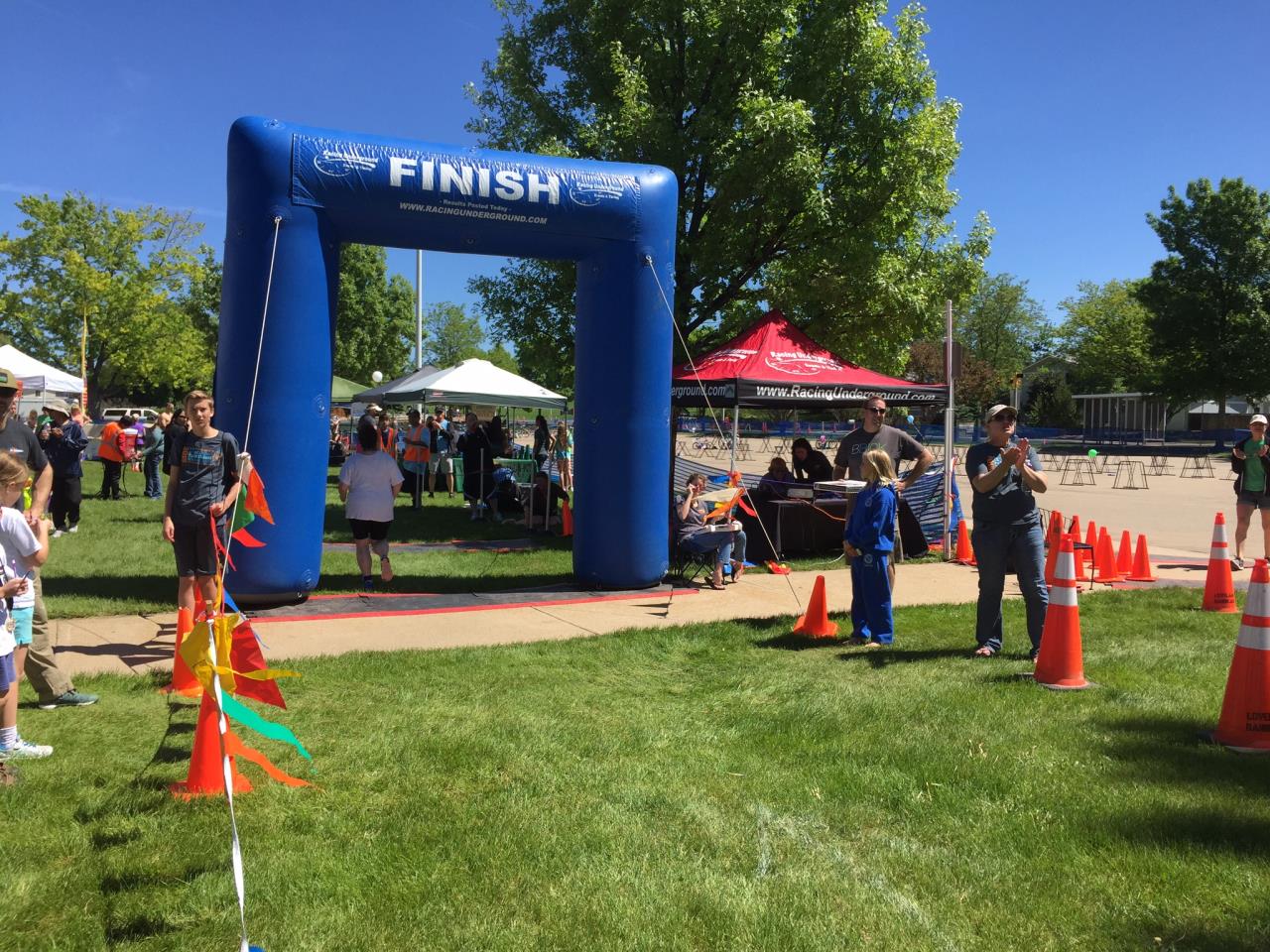 After the race, hang out in the vendor village, filled with booths from amazing sponsors and local vendors!  The award ceremony will take place approximately 20 minutes after the last athlete crosses the finish line.

Awards given out to the top three finishers in each of the age categories, as well as the overall male and female racers.

Don’t want to swim, bike and run in one go?  Grab your friends and divide out the course! Triathlon teams may consist of two or three athletes and it is up to your team who does which portion(s) of the triathlon.

Registering as a Triathlon Team

How the Triathlon Team works

The triathlon course for the wheelchair division is primarily the same course with a couple of modifications for accessibility.

A Brief History of the Longmont Triathlon

In 1981, the first Longmont Triathlon started with 56 participants.

The event was held as 3 separate events. The run was a 10K that started at 9am, the 25 mile bike race started at noon and the 1000 meter swim began at 3pm - truly an all day event! There were no transition times, but the times for all three individual events were added together to determine the winner. Overall winners that year were Patti McNitt and Dennis Wilson, both in the 20-29 age category. The cost for the race, which included a 50/50 t-shirt and refreshments, was $12. The oldest age group offered was 40 and over.

This format continued for one more year with the bike changing from 25 miles to 19 in the second year. In subsequent years, the race was combined so all events were consecutive. In addition, the course has seen numerous changes most dictated by road construction and the growth of Longmont's east side.

The Longmont Triathlon is becoming a historic event in Longmont and, with a 7-0 vote in 2014, the Longmont City Council unanimously supported continuing the tradition.