Designated snow routes can be seen on the maps below. If you have to travel during or after a storm, Be Snow Savvy and plan your trip using these routes as much as possible for the best conditions. You can also view road conditions at points around town through our real-time Street Snow Cams. 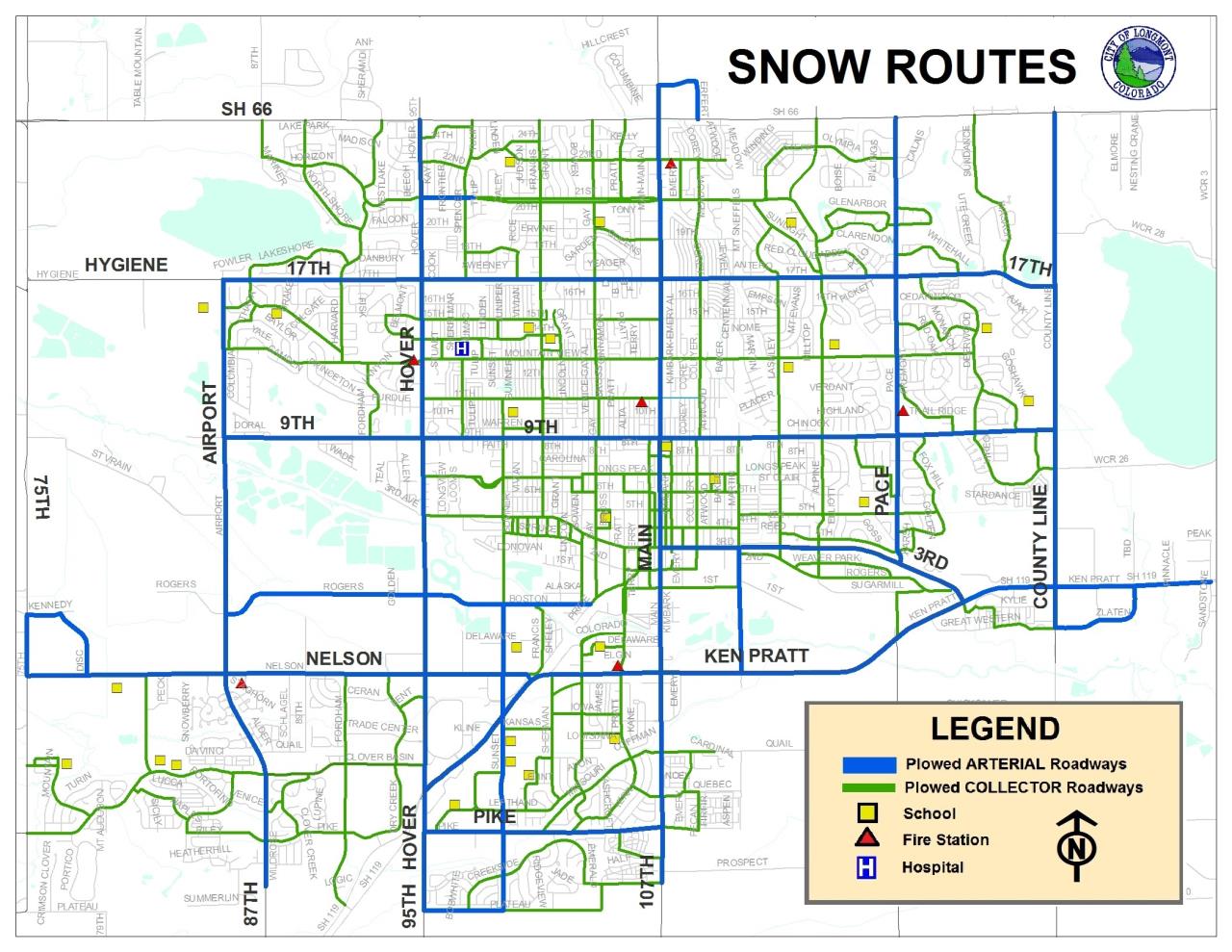 *Bicycle Snow Routes are recommended roadways and trails for winter cycling. Riders should be prepared to share the road depending on conditions and ability of plows to expose bike lanes.