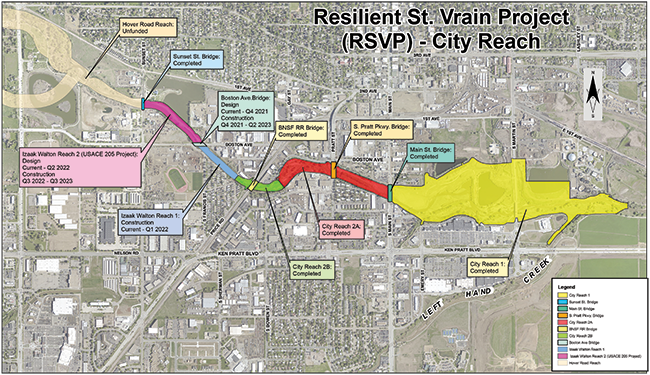 Click the funding graphic above to open a PDF file that can be downloaded to your computer or enlarged for easier viewing.

Construction on this very large project is taking place in phases beginning on the downstream end. Learn about the project phases, known as reaches >  All construction dates and costs are estimated and subject to change as the project moves forward.

The cost for work on Resilient St. Vrain is estimated between $120 million and $140 million. Note that this amount is not the City's portion of the cost, as it includes federal, state and other funding sources. Generally, for every dollar of cost, 75 cents is paid for by federal sources, with the remaining 25 cents divided between state and local sources.

Partial project funding is coming from a variety of sources, including: