The BiBli Robots:  The First Robots Designed BY and FOR Kids on the Autism Spectrum 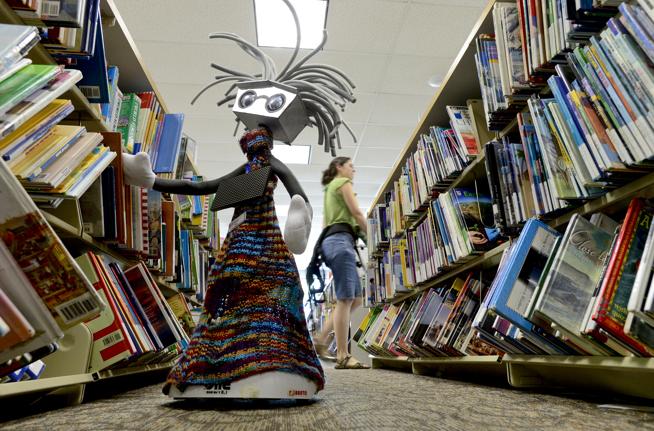 On Saturday, May 23, 2015, BiBli, the Library's first robotic staff member, made his grand debut at the Denver ComicCon.

BiBli was the result of nearly a year of collaboration between the Longmont Public Library and ROBAUTO, a local robotics engineering firm that contributed the design and build of the robot. With a generous grant from CAN’d Aid, Oskar Blues’ nonprofit grant-making arm, the Library and ROBAUTO created BiBli to assist children on the Autism spectrum practice social skills and engage in the Library.

The idea wasn't new – considerable research has demonstrated that children on the Autism spectrum feel less threatened and judged by robots and machines than by other humans. Therefore, it is often easier for them to take direction and suggestions from robotic helpers than human ones. There are several for-profit operations developing and selling robots that can help neurologically atypical kids improve their understanding of social cues and their interactions with children and adults. What made BiBli so unique is that he was designed and built from scratch with continuous input from children on the Autism spectrum themselves. He was made by and for kids struggling with the challenges of Autism!

Even before his debut, BiBli was generating a buzz. His planned creation, along with other special Autism spectrum programming, earned the Longmont Public Library a 2014 Program of the Year Award from the Colorado Association of Libraries. The Longmont Daily Times-Call also noticed – calling out robotic engineer Jalali Hartman and Librarian Katherine Weadley as two of its 2015 “100 to Watch.”

BiBli was truly a labor of love for Hartman, founder and Chief Human at ROBAUTO. He and his team spent countless hours crafting BiBli into the man… er, robot he is today. Built on a Roomba-branded floor vacuum base, outfitted with a computer brain built one microchip at a time, and accessorized with soft clothes knitted by a local family, BiBli was pronounced “totally cool” and “awesome” by the kids who met him – both neurologically atypical and typical.  Check out the PowerPoint slideshow below to see how BiBli was born.

During 2016, Baby BiBlis were "born" -- smaller versions of BiBli, designed to be loaned out for kids to create original programming around the Longmont community.  The three Baby BiBlis were big hits.  See the news article below for more information about their development and the BiBlis ongoing value to kids on the Autism spectrum, as well as typical kids.

In the fall of 2016, the BiBlis were phased out from the Library's regular programming.  However, BiBlis can be purchased for private use through ROBAUTO, Inc.

BiBlis will always be special at the Longmont Library, and staff here will always be grateful to the hope and promise they delivered to our local families living with kids on the Autism spectrum.

How BiBli the Robot was Born -- Download and Watch the Slideshow

Read how BiBli came to be, in the Longmont Times-Call

Read more about BiBli in the Longmont Times-Call

Want even more?  Read the Guest Commentary in the Boulder Daily Camera

How BiBli was Born, in the words of his creator, Jalali Hartman

In December 2015, BiBli visited Rocky Mountain Elementary School in Longmont to celebrate Computer Science Education Week.  He took along Head Children's and Teens Librarian Elektra and his creator and ROBAUTO Chief Human, Jalali Hartman.  In return, BiBli received this wonderful "thank you" video from the kids at Rocky Mountain ES!  BiBli loves curious kids and teaching them about robotics!

BiBlis Around the Library 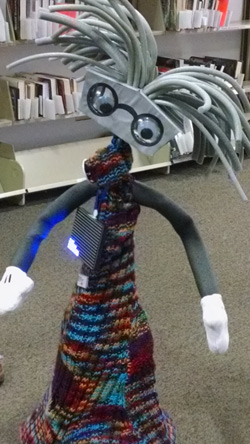 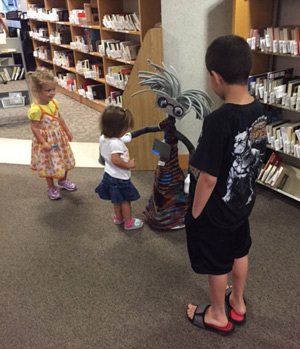 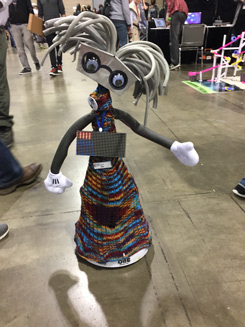 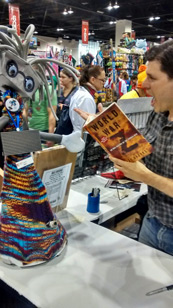 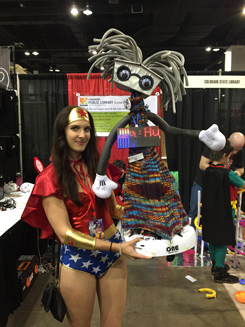 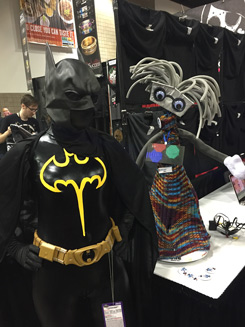 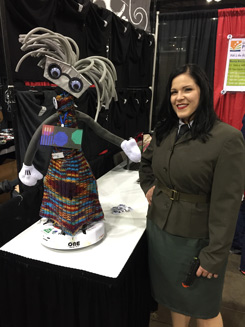 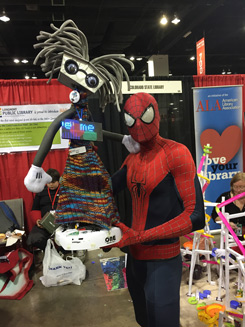 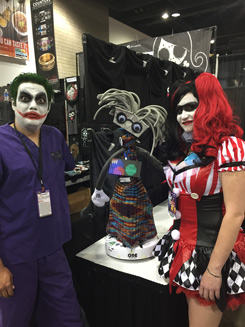 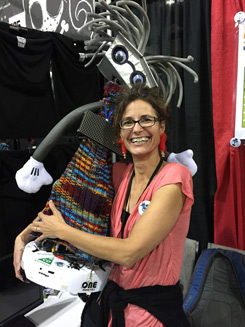 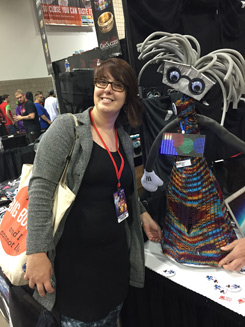 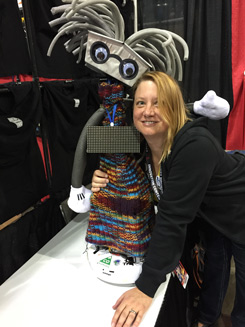 BiBli's Creators Were So Very Proud of Him! 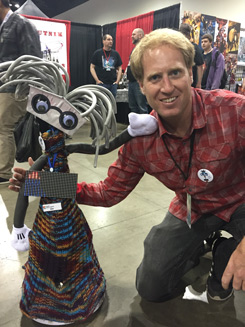 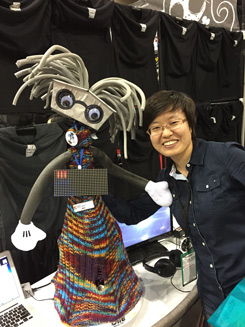