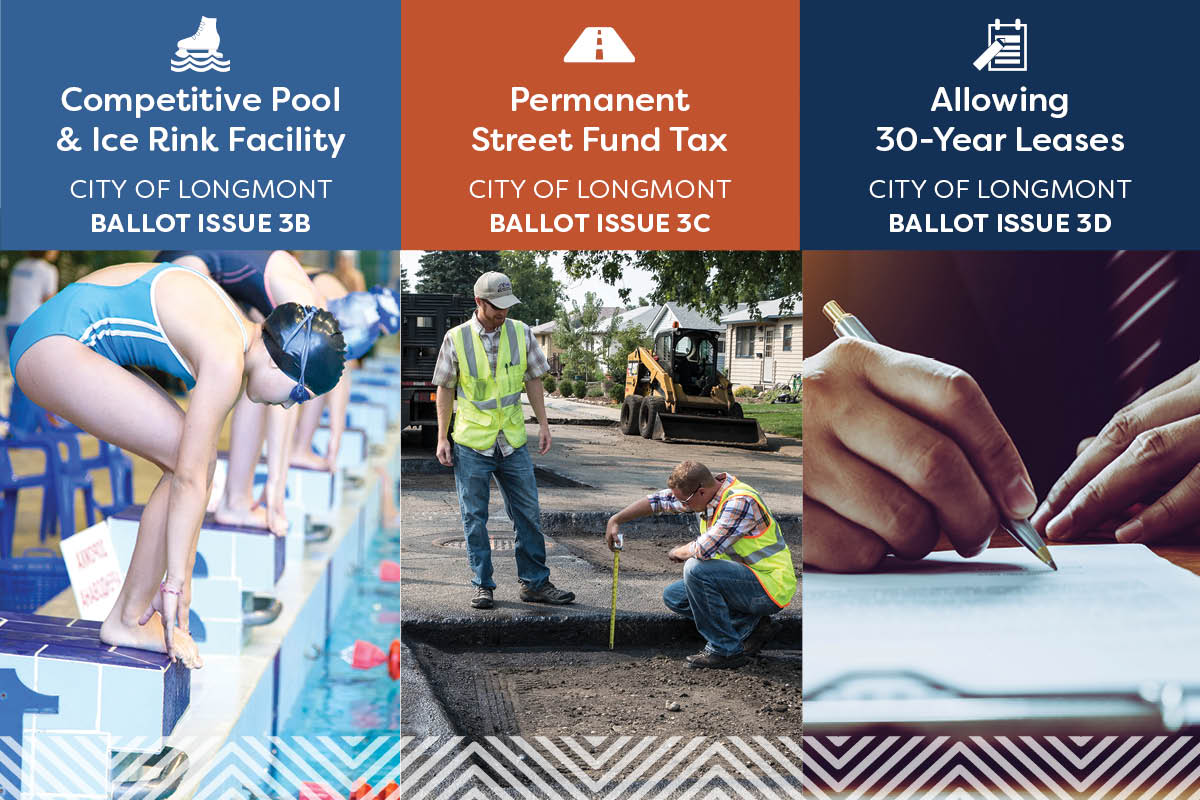 The City of Longmont is asking voters to increase the sales and use tax rate by 0.18% from 3.53% to 3.71% and to approve bonding authority to construct, operate and maintain a competitive pool and ice rink facility with additional recreational amenities.

The Indoor Facility Would Include:

The City of Longmont is asking voters to make permanent the existing 3/4-cent Street Fund sales and use tax. This tax is the primary funding source for maintenance, operations, safety improvements, and capital construction of Longmont’s streets and transportation system.

The Street Fund sales and use tax is 0.75 of a cent, or less than 1 cent on a $1 purchase. As this is an existing tax, approval of this measure will not change the amount of sales tax currently paid on purchases in Longmont.

The Street Fund tax was initially approved by voters in 1986 and has been extended six times since that original vote (through five-year extensions in 1990, 1994, 2000, 2005, and 2009, and a 10-year extension in 2014). The current extension of the Street Fund tax expires December 31, 2026. This funding source has allowed the City to maintain and improve the existing transportation system for those who live, work, visit, or do business in Longmont.

Dollars raised through the Street Fund pay for a variety of ongoing City services and programs, including:

Amending the City Charter to Allow for 30-Year Property Leases

There is no cost to residents to make this change. 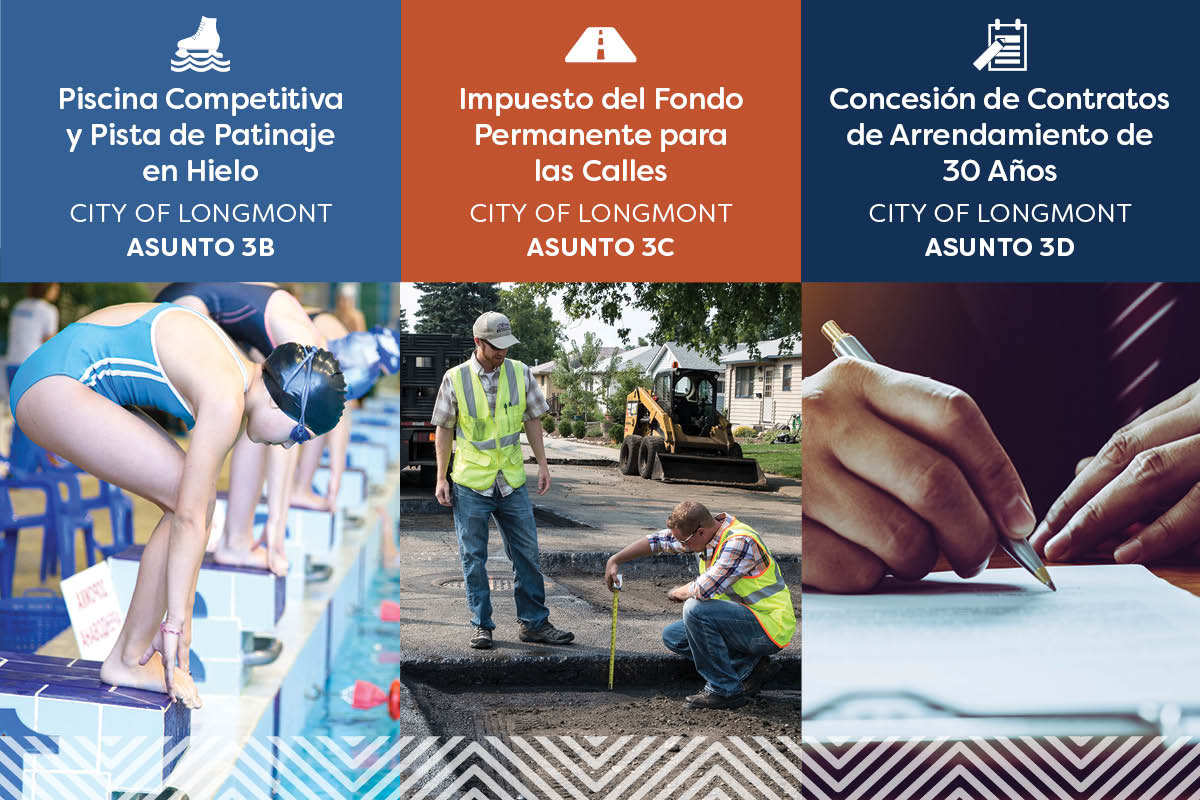